How do routers work? You’ve heard all the hype about routers and how they’re the key to a strong home network, but you don’t know where to start.

With so many options on the market, it can be hard to figure out which router is right for you. And if you get the wrong one, it could mean a weak network that can’t handle your needs.

We’re here to help. Our experts have put together this comprehensive guide on how routers work and how to pick the perfect one for your needs. Read this artical by Edon Lazaj to discover more.

What is a router?

A router is a computer networking device that forwards data packets between computer networks. Routers perform the traffic directing functions on the Internet. A data packet is typically forwarded from one router to another through the networks that constitute an internetwork until it reaches its destination node.

A router is connected to two or more data lines from different networks. When a data packet comes in on one of the lines, the router reads the network address information in the packet header to determine where to forward the packet and then forwards it out on the appropriate line.

How does a router work?

A router works by connecting two or more computer networks together and forwarding data packets between them. A data packet is typically forwarded from one router to another through the networks that constitute an internetwork until it reaches its destination node.

Routers use protocols such as Border Gateway Protocol (BGP) to exchange information about which routes are available for forwarding data packets. When a data packet arrives at a router, the router uses the information in the packet’s header to determine where to forward the packet and then forwards it out on the appropriate line.

Routers are critical components of modern computer networks, and without them, the Internet would not be possible.

What are the key distinctions between a modem and a router?

A router typically has more processing power than a modem, and it uses this processing power to perform tasks such as NAT translation and packet filtering. NAT translation allows multiple devices on your local network to share a single IP address when they connect to the Internet. Packet filtering allows the router to drop packets that are not needed or that are considered harmful.

See also  When Will Wi Fi 6e Routers Be Available? Top 7 Best Wi-Fi 6E Router You Should Try in 2022

Modems are typically provided by your ISP, while routers can be purchased from any computer store.

Next, we will have a look at types of routers.

When it comes to routers, there are only two types you’ll need to consider: wired and wireless.

Wired routers are the more common of the two types. They’re also typically the faster and more reliable option, since they don’t have to contend with interference from other devices like microwaves or cordless phones. Wired routers usually connect to your modem via an Ethernet cable, and then you can connect your computers and other devices to the router via Ethernet cables as well.

Wireless routers, as the name implies, connect wirelessly to your modem. They create a Wi-Fi network that you can connect your computers and other devices to. One of the advantages of a wireless router is that it frees up space on your desk or in your home, since you don’t have to deal with a tangle of Ethernet cables.

Another advantage is that you can take your laptop or other mobile device with you around the house and still stay connected to the Internet. However, wireless routers are more prone to interference from other devices, and they’re typically not as fast as wired routers.

Vulnerability exploits are a common security concern with routers. Attackers can exploit vulnerabilities to gain access to a router’s administrative interface or to take control of the router entirely. Once an attacker has gained access to a router, they can use it to launch attacks against other computers or devices on the network.

Routers can also be used as part of a DDoS attack. In a DDoS attack, attackers use multiple computers to flood a target computer or device with traffic, resulting in a denial of service. By using routers to route traffic through multiple computers, attackers can amplify the amount of traffic that is sent to the target, making it more difficult for the target to handle the traffic and stay online.

Another security concern with routers is that they typically have weak or default administrative credentials. This means that if an attacker can gain access to the router’s administrative interface, they can easily change the router’s settings. For example, they could change the DNS server that the router uses, redirecting traffic intended for legitimate websites to malicious websites instead.

What characteristics make a good router?

When shopping for a router, there are a few things you should keep in mind.

Tips For Buying A Router

The third thing you need to consider when buying a router is the features. The features of the router are important because they will determine what you can do with your router. If you only need to connect to the internet, then you will want to get a basic router. If you want to do more with your router, then you will want to get an advanced router.

How data is routed via routers

Data is routed through routers using a process called packet switching. Packet switching is a method of sending data that involves breaking the data down into small pieces, or packets, and then sending each packet through the network to its destination.

Each packet contains information about where it came from and where it needs to go. When the packet reaches its destination, it is reassembled into the original data. This allows multiple packets to be sent through the network at the same time, which increases the overall efficiency of the network.

The path is determined by the administrator of the network and does not change unless the administrator manually changes it. Static routing is typically used in small networks where there are only a few routers.

Another common routing method is called dynamic routing. Dynamic routing is when the router uses algorithms to determine the best path for each packet. The router constantly calculates the best path based on factors such as traffic, congestion, and delays.

Dynamic routing is typically used in larger networks where there are many routers. It is more complex than static routing but it provides a more efficient way to route packets through the network.

How routers may be of use to your company

See also  How Much Do Modems And Routers Cost? Should You Buy or Rent a Modem vs a Router?

Routers can also be used to create virtual private networks (VPNs). VPNs allow you to create a secure connection between two networks. This is often used to connect a company’s internal network to its remote employees.

Routers can also be used to improve the security of your network. By using a router, you can segment your network into different zones. This allows you to isolate sensitive information and keep it away from public areas of your network.

Routers can also be used to provide redundancy. By using multiple routers, you can create a backup path for your data in case one of the routers fails.

Once the router is connected to your computer, you will need to configure it. The process of configuring a router is beyond the scope of this article. However, there are many resources available that can help you with this process.

F.A.Q how do routers work

How does a WiFi router work?

A WiFi router works by broadcasting a signal that can be picked up by devices such as computers, smartphones, and tablets. When a device connects to the WiFi router, it is able to access the internet.

Does a router give you Wi-Fi?

Is a router and Wi-Fi the same thing?

What does a router actually do?

A router is a device that forwards data packets between computer networks. Routers perform this function by using algorithms to determine the best path for each data packet.

Routers play an essential role in the internet infrastructure. By understanding how they work, we can better appreciate their function and make wiser choices about our connectivity needs. Have you ever wondered how routers actually work? What happens when you type a URL into your browser and hit enter? How does the request get routed to the correct server? We’re going to take a closer look at how routers operate and some of the common issues that can affect their performance. If you have any questions or want more information, be sure to leave us a comment. 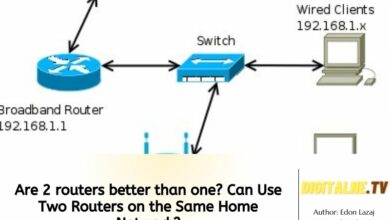 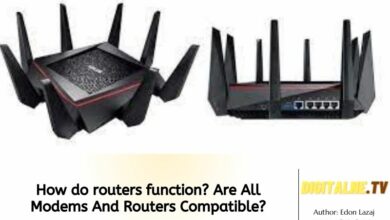 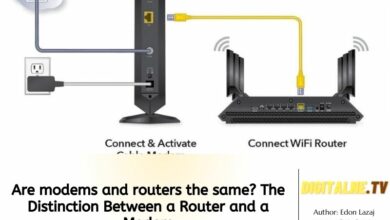 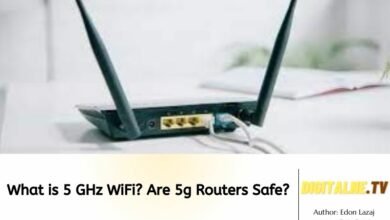