With the recent news about Huawei being banned from using Google services, many people are wondering if Huawei routers are safe.

The US government has recently put a ban on all Huawei products, which includes their routers. This means that you may be wondering if you should switch to a different router brand or if your current Huawei router is safe.

We understand that this is a lot of information to take in and it can be hard to know what to do next. That’s why Edon Lazaj has created this article to help answer some of your questions about the Huawei router ban and whether or not huawei routers are safe.

Huawei is a Chinese telecommunications company that is the world’s largest supplier of telecom equipment. It also happens to be the second-largest smartphone maker, behind only Samsung.

The company has come under fire in recent years for its alleged ties to the Chinese government, as well as accusations of intellectual property theft and espionage.

In 2012, a report from the U.S. House of Representatives Committee on Foreign Affairs raised concerns about Huawei’s ties to the Chinese military and intelligence services. The report also accused Huawei of stealing intellectual property from American companies.

Huawei has denied all of these allegations, saying that it is a private company that is not controlled by the Chinese government.

See also  Why do routers go bad? 12 most common signs that your router is going bad

Next we will take a quick look at Huawei routers.

As one of the leading telecommunications equipment providers in the world, Huawei has a wide range of products, including routers. Routers play an important role in connecting devices to the internet, and as such, many people have questions about their safety. In this article, we’ll take a look at some of the features of Huawei routers that make them safe to use.

One of the most important features of any router is its encryption capabilities. Encryption is used to protect data as it travels between devices and helps to prevent unauthorized access. Huawei routers use a number of different encryption methods, including WPA2-PSK and AES, to keep your data safe.

Another important feature of Huawei routers is their ability to automatically update their firmware. Firmware is the software that helps to control and operate the router. By keeping the firmware up-to-date, you can be sure that you’re always using the most secure version of the software.

Finally, Huawei routers come with a number of security features that can be used to further protect your devices and data. For example, many routers include a firewall that can be used to block unauthorized access to your network. You can also use parental controls to restrict internet access for certain devices or users.

What happened with Huawei routers?

In May 2019, the U.S. government placed Huawei on a trade blacklist, effectively barring it from doing business with American companies. The move was partly in response to allegations that Huawei had been involved in espionage and intellectual property theft, as well as concerns about the security of its products.

This has led to a lot of confusion about whether or not Huawei routers are safe. So let’s take a look at what we know.

There is no easy answer to this question. The truth is, we don’t really know for sure.

Another concern is that Huawei routers might not be as secure as they should be. This is because the company has been accused of stealing intellectual property from American companies, and there are concerns that it might not have adequate security measures in place to protect its products from hackers.

At this point, we simply don’t know enough about Huawei routers to say for sure whether or not they are safe. If you’re considering buying a Huawei router, it’s important to do your own research and make sure that you’re comfortable with the risks.

Should you replace your Huawei router?

If you’re using a Huawei router, you don’t need to replace it immediately. However, you may want to keep an eye on the situation and consider replacing it if more information comes to light about the security of Huawei products.

As always, it’s important to do your own research and make sure that you’re comfortable with the risks before making any decisions.

The short answer is that we don’t really know. The truth is, there are concerns about Huawei routers but at this point, we simply don’t have enough information to say for sure one way or the other.

There is no evidence that Huawei routers are spying but the company has come under fire in recent years for its alleged ties to the Chinese government.

Which routers are secure?

There is no easy answer to this question. Every router has its own risks and it’s important to do your own research before making a purchase.

Can routers spy on you?

There is no evidence that routers can spy on you but there are concerns about the security of some routers. It’s important to do your own research and make sure that you’re comfortable with the risks before making a purchase.

Despite the ban, Huawei routers are safe to use and have a number of features that make them attractive options for home and small business users. While there is some concern about the potential for Chinese government surveillance, this can be avoided by using strong passwords and security protocols. Overall, Huawei routers provide good value and performance at an affordable price. Have you tried using a Huawei router? What has your experience been like? 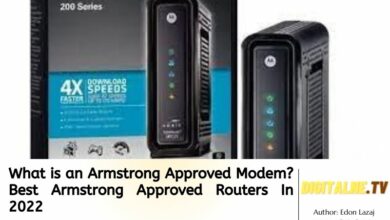 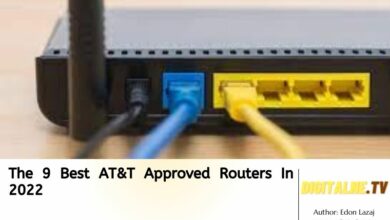 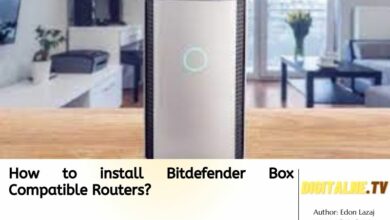 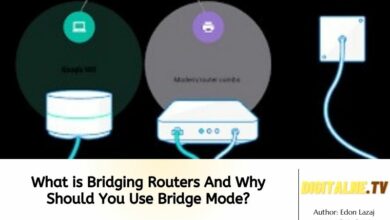 What is Bridging Routers And Why Should You Use Bridge Mode?